Meet the Herd at CFR! 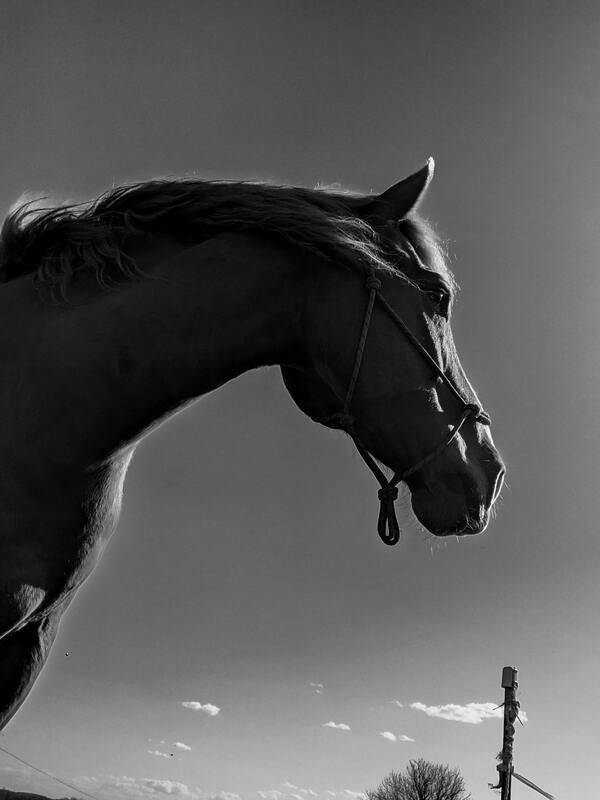 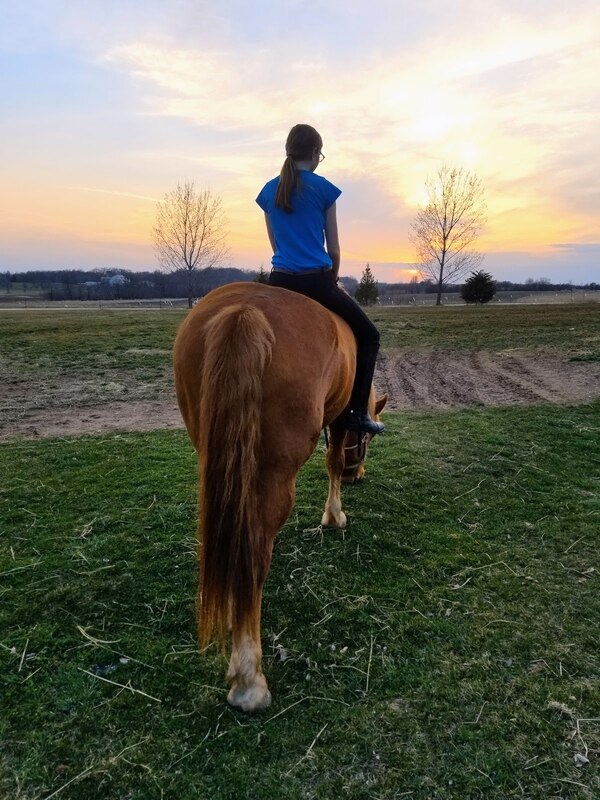 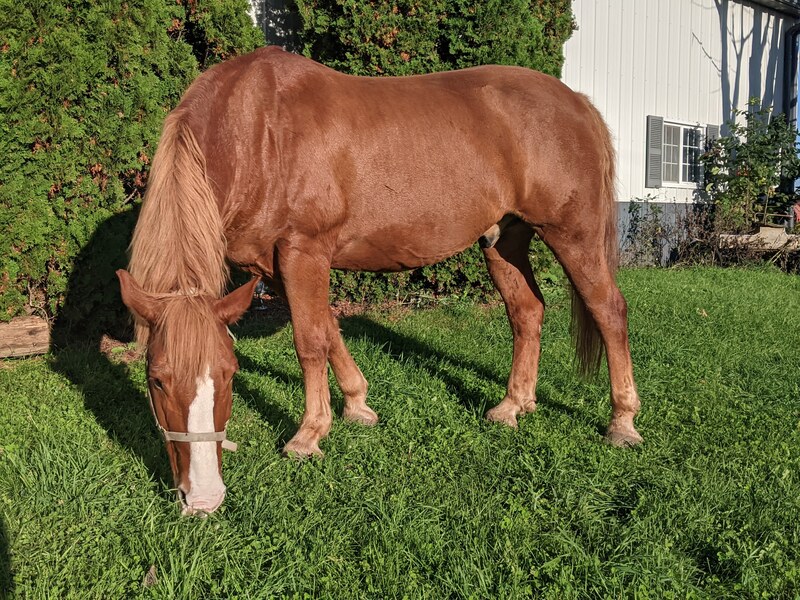 Breed: Belgian/Arabian Cross
Foaling Year: 2009
Color: Chestnut
Markings: Blaze
​
Jasper is the original horse of Crossfire Ranch, he is both calm and playful. He is also a bit of a toddler in his antics and would likely have taken an unsuspecting rider meandering through uncharted territory wherever his feet would choose to go. Jasper is the "steady eddy" that will go wherever pointed without much questioning. He loves the trails and being outside, the arena is not his favorite; but will patiently stand and do whatever asked of him. 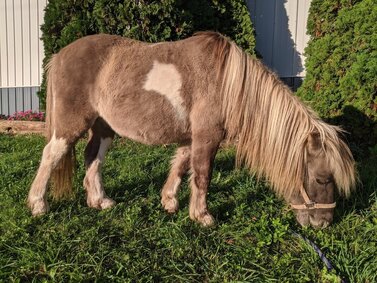 Tig’rr is a part of the rescued miniature pony duo here at the ranch. When he first came to the ranch he was malnourished and terrified of people, now he is super social and a joy to interact with. He is sensitive to movement so go slow with him. Tig'rr is the type to meet you at the gate to welcome you (or try to escape). He loves attention, but does not like to be smothered with to much affection, as he gets overwhelmed. He loves to run and play in the arena with his bestie Spirit, and will do basically anything for grass and treats. 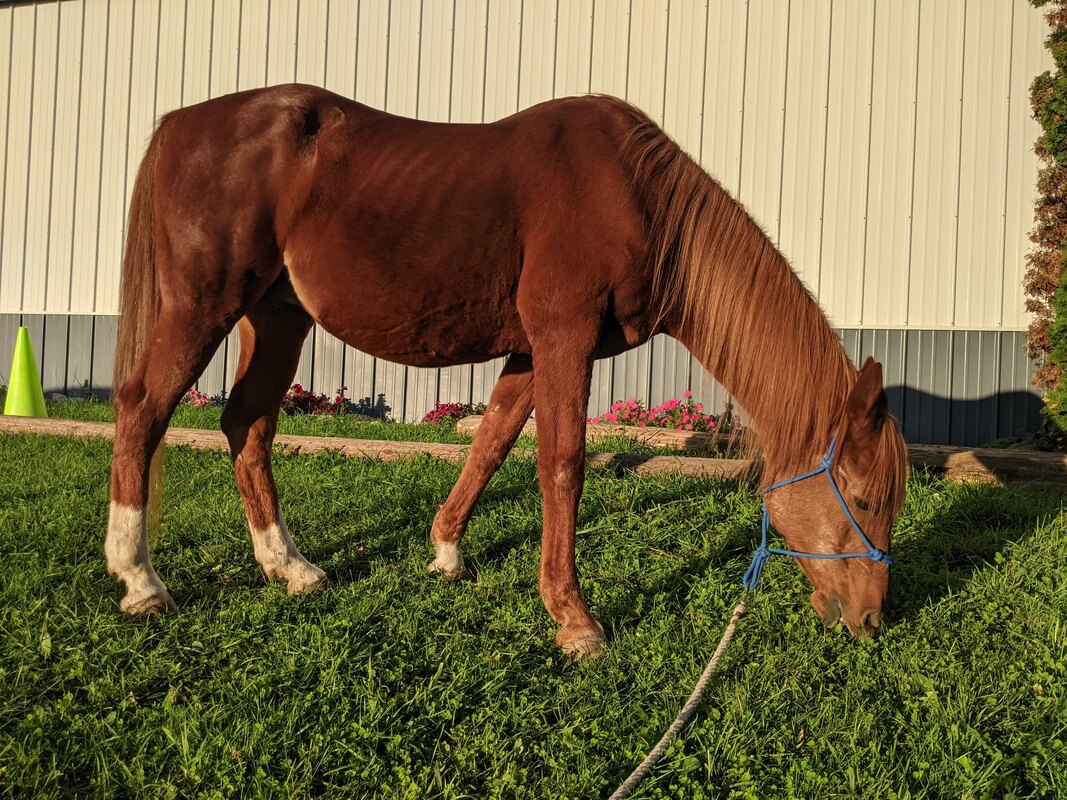 Breed: Polish Arabian
Foaling Year: 1995
Color: Sorrel
Markings: Socks, Star
​
If you know Arabs, they're typically a little more high strung, therefore Prince does well with a person who is confident and calm. He used to be a horseback riding lesson horse a couple years ago, so he knows his stuff pretty well. Prince is a patient gentleman with the kids, loves to be groomed and loved on. 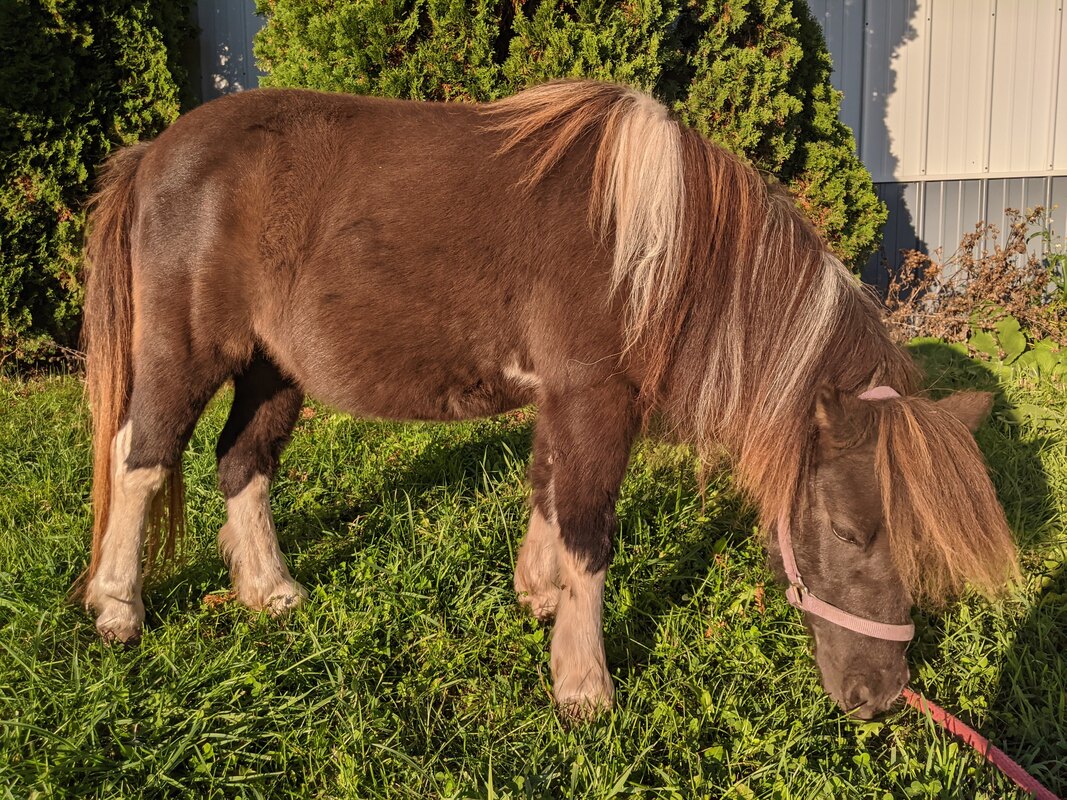 Breed: Miniature Horse "Mini"
Foaling Year:2011
Color: Paint
​
Spirit is a part of the rescued miniature pony duo here at the ranch. When she first came to the ranch she was very withdrawn and couldn’t lift her head up. Now, she has her spirit back, she’s very sweet and lifts her head up for treats! Spirit does great with kids and loves to be loved on! You will always find Spirit with her best friend, Tig'rr. Cohete is a rescue horse, he had developed DSLD (Degenerative suspensory ligament disease) in his pasterns and was going to be discarded by his previous owners. Instead he was given a home here at the ranch. Since being apart of CFR, Cohete has really come out of his shell. He absolutely loves the kids and is quickly becoming one of the favorite amongst our guests. Because of his condition, he cannot be ridden, but he is extremely intuitive when it comes to recognizing what kids need; whether they need a horse to hug, or a spirited Cohete to learn how to turn down their energy...because he feeds off of ones energy very well.

Breed: Quarter Pony
Foaling Year: 2004
Color: Bay
Markings: Star, Socks
​
​Piper is the newest member to the Crossfire Ranch herd. She is a super cute pony who loves to explore. Because Piper is adventurous, she prefers to be outside where there is something new to discover, but she will work in the arena. In the arena, Piper enjoys obstacle courses, puzzles, and patterns. Going on walks and trail rides are Piper's favorite activity outside of the arena. Piper does very well with kids. While she enjoys attention, Piper prefers not to be smothered by too much attention because it can be overwhelming. 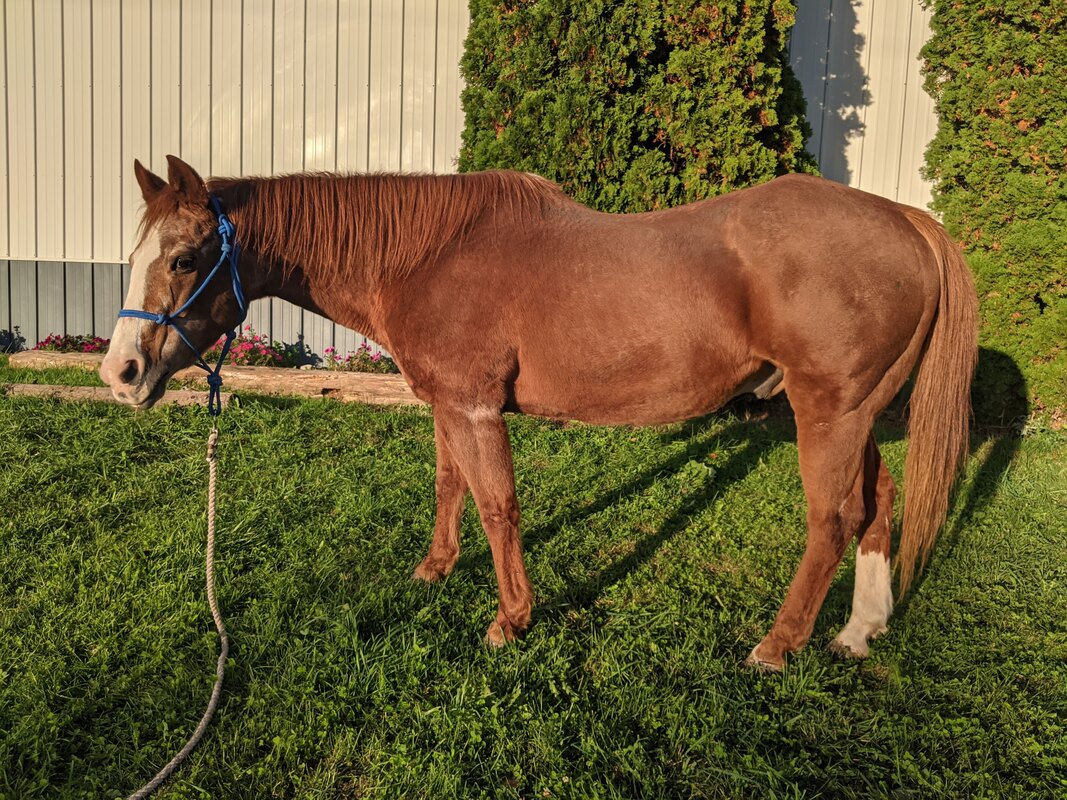 ​It has been an honor to serve along side this sage and saint of a horse. At 40 years of age Junior has given many rides, calmed nerves, and been a sweet place of refuge for his two legged friends.

His welcome was often accompanied by his nose doing all the sniffs as he took in the essence of his company. His gentleness unsurpassed. His desire to be all that he could be showed up again yesterday as he jiggy jogged into the arena and then very happily joined his friends in the pasture.

The Lord gave us all a special gift through this beautiful creature. As we say our good byes today we know that he will run again in the green pastures and warmth of heaven's splendor.

To experience the pain of loss is also to have known the joy of connection and love.

Lord thank you for sharing Junior with us, for the many lives he has touched throughout his abundant years. We ask that you comfort those who grieve.